Repeating meaningless answers is nice, but does not help.

JM, you know that.

At least as fast as Chrome.

As said: I think this is meaning less. UX counts.

Of course I was not referring to the avoidance of Google crap. But this is a whole different story.
And I know we have different opinions in that regard.

I'm not going to be as analytical here as the two of you have been (and thank you for this, it's a good read with useful info), but @JMichaelTX, have you found yourself having to turn off Brave Shields on quite a few websites just so the website will load properly ?

but @JMichaelTX, have you found yourself having to turn off Brave Shields on quite a few websites just so the website will load properly ?

Yes, some, but not that many. Probably the same websites that I have to turn off AdRemover extension I use with Google Chrome.

Is there any Chromium based browser (for KM compat in v9) or Safari that supports profiles as seamlessly as Chrome?

Take a look at Brave Browser.

It's basically an improved version of Chrome.

I've about read enough 'Chrome is a privacy destroying memory-hog' articles to contemplate switching browsers. I would probably go to Safari because of the KM actions available, but am open to another such as Firefox/Brave/etc.

I don't usually use actions on browsers, so take my response as dubious, but I see there are three groups of actions for browsers: (1) Safari actions (2) Chrome actions; (3) Front Browser actions.

I presume Front Browser actions are generic and work on both. In your second bullet you indicate it may work on other browser types. I didn't know that! I just checked the documentation and it makes no claim to work on Firefox.

Many of us, including me, have come to that same conclusion regarding privacy, and are also planning to switch from Google Chrome to another browser.

I would probably go to Safari because of the KM actions available, but am open to another such as Firefox/Brave/etc.

That is definitely doable, but would require a lot of manual work changing to the Safari Actions.
I long ago switched all of my Browser actions to use FrontBrowser Actions and Tokens. "FrontBrowser" applies ONLY to Safari and Google Chrome, for now. In KM9, a number of Chromium-based browsers, like Brave and Vivaldi, will also be supported.

So my suggestion would be to convert your Macros to all use "FrontBrowser" and then whichever Browser is FrontMost will be used. That would allow you to easily change your default Browser to any of the KM supported Browsers and your Macros would all work automatically.

You might be interested in a discussion we have started:
Evaluating Chromium-Based Web Browsers (alternates to Google Chrome)

Brave is scriptable and doesn't drain memory, and has all the extensions available to it that are available for Chrome. I don't consider Firefox a viable option for me, as I won't use anything that isn't scriptable (in any language).

I still pine for Safari, though. I've also downloaded Vivaldi and plan to experiment with that as well.

In terms of Keyboard Maestro, all of my macros are largely AppleScripts, so getting them to work with Brave was simply a matter of replacing every occurrence of "Google Chrome" with "Brave Browser", and I was done. Since Brave is a Chromium-based browser like Chrome, they both have the same AppleScript dictionary.

I've made the jump to Brave Browser.

I used Safari as my daily driver for many years, but Apple has put the kabosh on several of the extensions I used for years – and I got tired of it.

I moved to Google Chrome for a few months.

When Brave came out it didn't have feature parity with Chrome, so I didn't give it much thought.

But – when Brave got even with Chrome I tried it and made a second jump.

Brave uses all Chrome extensions, so that's a plus.

I was able to change the Keyboard Maestro “Google Chrome” actions to use Brave instead.

If my system was newer and faster I'd think carefully about Vivaldi, but I'm reasonably happy with Brave for the time being.

Has Anyone Switched from Chrome?

I was able to change the Keyboard Maestro “Google Chrome” actions to use Brave instead.

Trying Brave at the moment and it's either confirmation bias or it's just really fast. Would you mind sharing how you changed the actions to use Brave? Cheers

Edit: I've just found Is it possible to support the Brave browser? so I'm going to try Peter Lewis' suggestion from there now and see how it goes.

Edit2: No luck with changing applescript names in KM to either Brave Browser or Brave. I might be going about it the wrong way?

Is there any Chromium based browser (for KM compat in v9) or Safari that supports profiles as seamlessly as Chrome?

This will make it easier for all to find and read the various feedback on this subject.

Edit2: No luck with changing applescript names in KM to either Brave Browser or Brave. I might be going about it the wrong way?

Run each line in the Terminal.app:

Make sure this setting is ON in Brave: 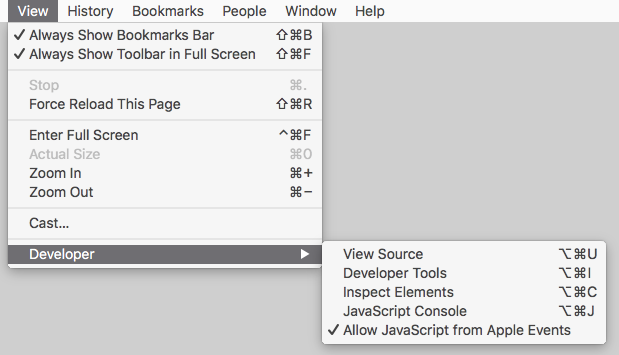 It works for me:

NOTE – These settings do NOT affect the Front Browser actions in KM8.x. Support for that will have to wait until KM9 comes out.

Just a short update from my side:

After experimenting with the Chromium thing in its best implementation (Vivaldi) for more than 8 weeks, I’m back to Safari and/or STP.

Honestly, I’m sorry that I have to go back to Safari/STP.
I’m a lover of gimmicks and features, and I have been that all my live.

I’m sure I will use Vivaldi some other Sunday, when I have nothing to do, just to see where they’re at. To face it: They don’t get the right proportions of UI design, usability and App design. I hope you get the difference between UI design and app design. They didn’t grab it.

(If I were malicious, I would say they are Linux-stuck

I was laughing until I ran JetStream 2 on Safari.

I wonder if anyone has told Google they are now much slower than Safari? LOL

If my only criteria was speed, Safari clearly wins.
But, I prefer Chrome over Safari because:

But I am still planning to switch to Brave Browser when KM9 is released, mainly because BB does not have the privacy issues that Google does.

It has better extensions

Yes, this is a point I forgot to list. But at the end of my Vivaldi time I was down to mainly one extension (a tracking/add blocker) and loaded other extensions rarely.
With Safari I’m also using just one extension (a lightweight content blocker).

But it is true, especially since the Safari extensions went to the App Store the selection range has become a bit limited. (Before – with the Extensions Gallery – it wasn’t glorious either, but better than now.)

By the way: STP (Safari Technology Preview) is even faster – by numbers – than Safari. In case it matters

Currently I’m using STP, and it seems pretty bug-free. They just released v87 a couple of minutes ago. And, since Safari and STP share the same bookmarks, it is not an issue to switch between the two. (History though is not shared, I think.) See also this.

I wonder if anyone has told Google they are now much slower than Safari? LOL

Truth be told, the other reason I moved away from Chrome, after my unease at what Google does with it, was that it was slow to start up at times, and slow at loading some webpages too. The line 'Chrome is the new Internet Explorer' appears to be more than just a rhetorical quip.

I, too, moved back to Safari as my primary browser, although I'm keeping Firefox as a backup. Key to that has been the integration with macOS and the various tools I use (DEVONthink, Todoist, Spillo (for my Pinboard bookmarks)).