I've gotten so used to looking up my text expansions and their triggers in Brevis that I wanted something like that for my non-text expansion macros. And here it is. 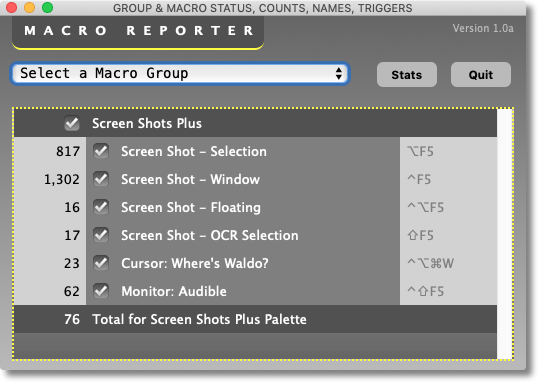 There are a few macros posted here that do something like this and I borrowed heavily from them. The AppleScript to make lists of active and inactive Macro Groups is derived from @ccstone while the JavaScript that mines the group for macros, times used and triggers is predominantly from @ComplexPoint with a dash of JMichaelTX (for the triggers). The bugs are all mine, though.

It does the job but I wish I had been able to figure out:

Anyway, as it is, Macro Reporter shows all you Active Groups followed by Inactive Groups in a popup. After you select one and click the Stats button, the scrollable report window fills with a table that shows the Group and whether or not it is enabled followed by its individual macros with their times used, enabled status checkbox, name and trigger.

It does skip macros whose names include string I use to delineate sections of macros in palettes. Those include consecutive hyphens, rules and spaces between each letter. If that's a conflict on your setup, search for "regex" in the JavaScript and edit it.

That's it. Sweet and simple. 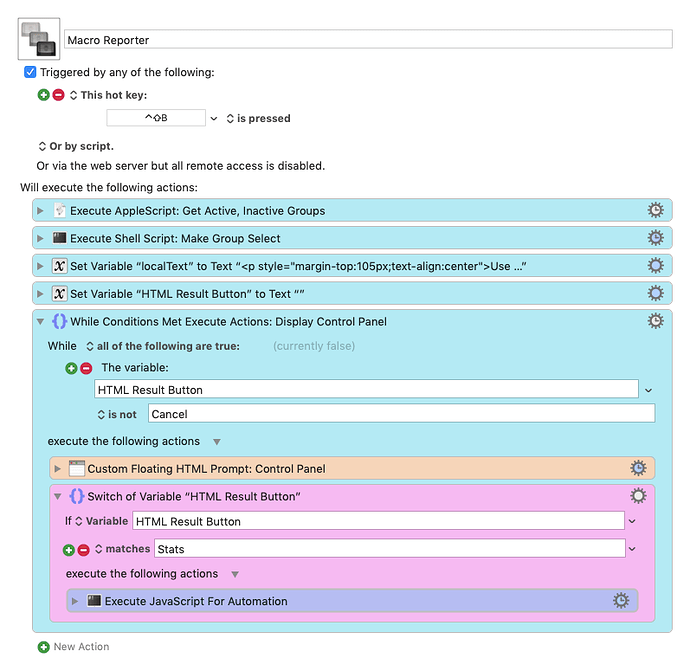