For the longest time, while editing files I've been triggering Dictation mode. It took me forever to track down the keystrokes that were doing it: any arrow key followed immediately an an escape.

I assumed I'd messed something up in a KM macro. But then I killed the KM engine and found it was still doing it! Even though I know it's not a KM problem, does anyone have any advice for tracking down this errant trigger? It's driving me nuts!

You might start with Change Keyboard Dictation Preferences on Mac: 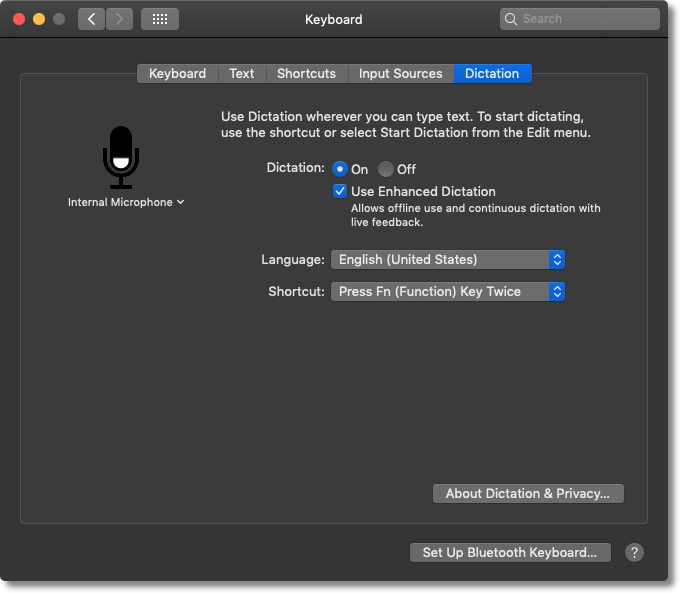 Just see what you have set there for the shortcut.

Well, I thought that was a less than helpful suggestion—until I tried it

Switching to a more standard function key resolved the problem, so thank you for pointing me in the right direction.

You're welcome! Glad it was that easy.