I'm trying to set up my Logitech Anywhere MX Mouse's buttons as triggers in KM. Part of the reason I like the Anywhere MX mice series from Logitech is that they pack in a lot of buttons into a small and comfortable mouse. Specifically, the mouse has seven buttons, excluding scrolling up and down...

When I initially attempted to set up the mouse buttons as triggers, hardly any of them were working. But I read here in the forums that uninstalling Logitech Control Center can resolve this. I went ahead and did that, and now buttons are working for the most part, but I'm running into a few other issues that I'd be grateful to get some help with...

Thanks in advance for any help here. In theory, a mouse with 5-7 buttons could, when combined with modifier keys, provide you with 25-35 triggers, which is super useful. (And many, many more triggers if you were to use them with a combination of modifier keys.) So I'm hoping to figure out how to get the setup here right. 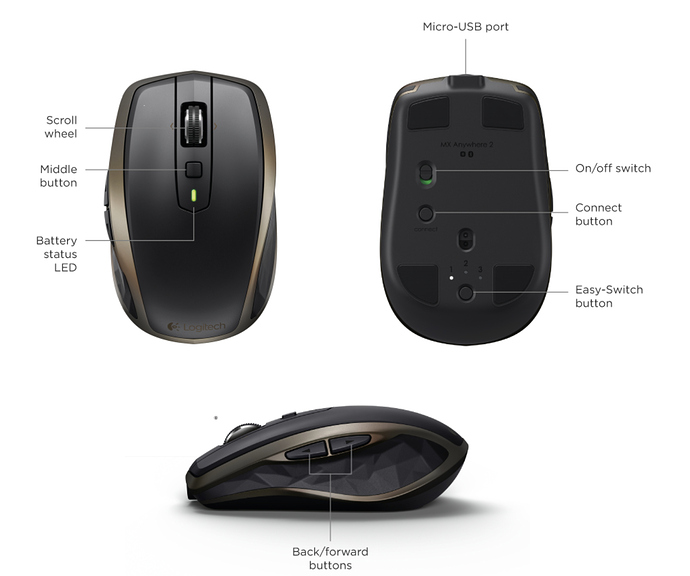 try googling this forum for karibiner, that might help you as it handles the interface at a lower level. (free).