I have a very long text document (a plist for an audio plug-in) that I want to divide every number in it in half.

With the kind help of this forum, I have a macro now where I can highlight a number, trigger the macro, and it will divide in half.

Now I would like to add the ability to put my cursor at the very start of this long text document, trigger the macro, and it would find every number in it and divide the number in half.

I've tried for allot of hours to make this work but is unfortunately way beyond my skills.

The numbers all seem to be in quotes in this particular text document.

Here is a short excerpt from the text document to show what it looks like; 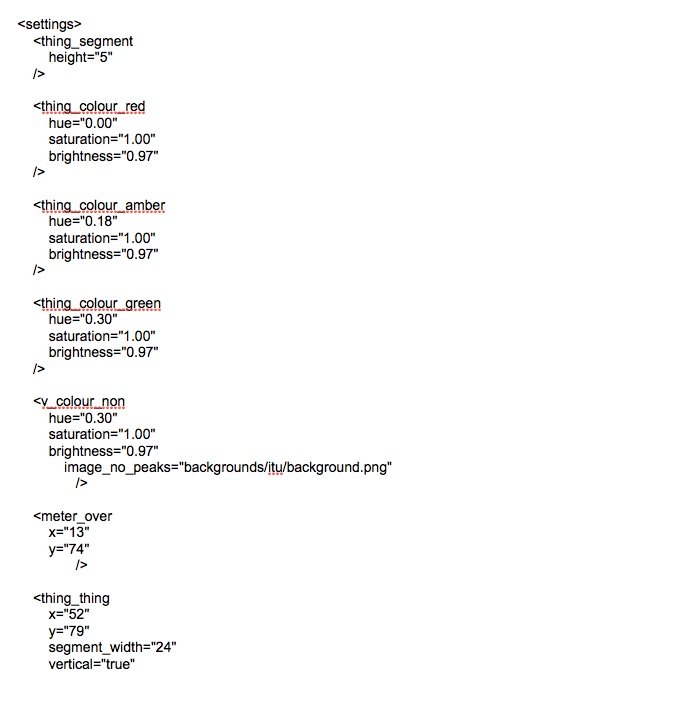 Here is my current macro; 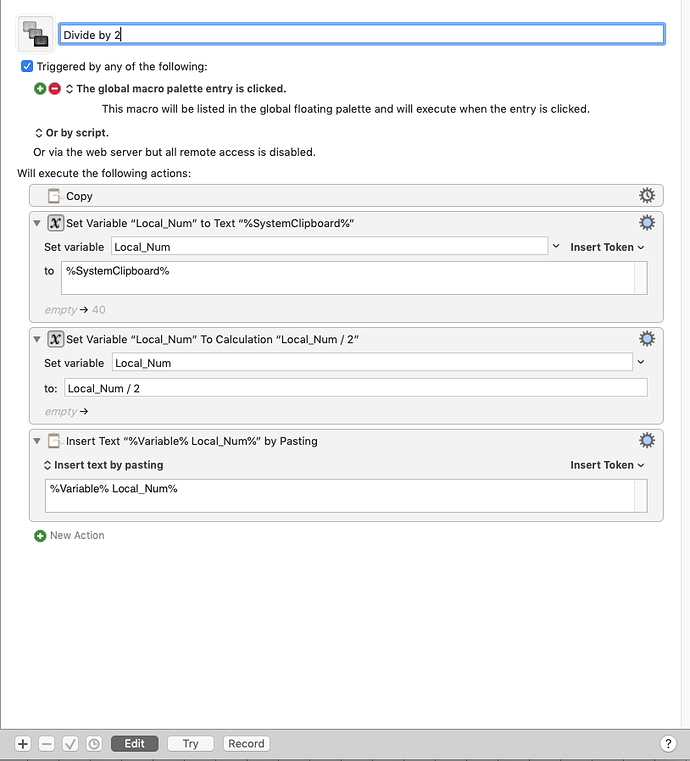 and here is the actual Keyboard Maestro macro file; 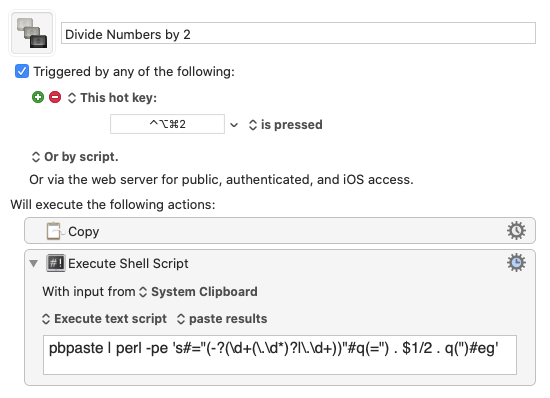 The shell script is a pipeline with an admittedly complicated but really cool Perl one-liner:

The macro assumes the following:

It does not change any other numbers in the text, as you would not want something like

The command that does all the work takes advantage of a few of Perl’s powerful but terse features.

Phew! As you might expect, this took a lot longer to explain than it did to write.

I tested it on

which was changed to

Here's another way to accomplish the same thing with native KM actions (like @drdrang's excellent solution, this macro also assumes you've selected all the text you want the macro to act on before running it, and that the numbers are surrounded by quotes):

Divide All Numbers in Quotes by 2.kmmacros (1.8 KB) 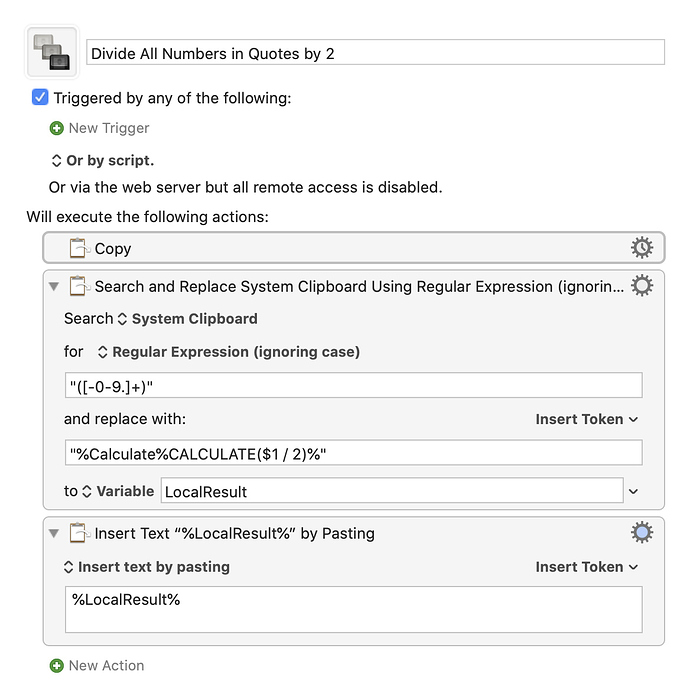 This one takes advantage of KM's ability to use regex capture groups in calculation functions, which lets us search the document for numbers in quotes and replace them with that same number divided by half (essentially the same thing @drdrang's macro does, just in a different way).

This is definitely better because it's more native to KM and requires less explanation. I would never have thought of this because I didn't know about the CALCULATE function until now.

Minor note: My regular expression for matching numbers is more complicated because I wanted to avoid matching things like version="2.1.3", which yours will match and try to divide. It's likely never to show up, but I tend to go overboard because I've been burned by things I thought were impossible.

My regular expression for matching numbers is more complicated because I wanted to avoid matching things like version="2.1.3" , which yours will match and try to divide

Great solution, Gabe.
I really prefer native KM Regex solutions, because they are much easier to dev, test, and share.

I try to fake my way through getting these things to work, and just could not get this one.

Very kind of you to take the time to help me!