I’ll keep thinking on this. Seems to me there’s got to be a way to create a good view, in HTML. I’m not an HTML wiz by any means, but if I come up with something I’ll let you know.

You just focus on giving us good results. We’ll focus on everything else.

Atom has a decent collapsible view.

Are you talking about normal code-folding?

Or is there something better?

I pasted you output into it, and it works fine.

collapse all or expand all 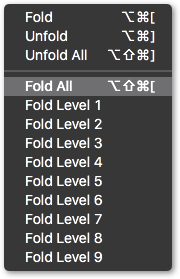 Here’s how it looks in Script Debugger.

Chris, that is HUGE!

The SD Results Explorer Window gives you a great drill-down of the UI for whatever app it is focused on.

Chris, that is HUGE!

Script Debugger is an absolute game-changer for AppleScripters.

The forthcoming Script Debugger 6 will have significant upgrades that support AppleScriptObjC.

Hopefully Script Debugger 7 down the road will also support JXA.

Script Debugger is an absolute game-changer for AppleScripters.

Don’t leave home without it. It is inconceivable to do more than a little work in AppleScript and not use this. Don’t the the price dissuade you: it will repay itself month after month, possibly week after week, or even day after day.

UI Browser too. It not only shows UI structure but writes pieces of AppleScript for you.

Unfortunately (so far), no JXA support. From the web site:

Script Debugger 5 does not support the new JavaScript for Automation feature introduced by Apple in Yosemite (Mac OS X 10.10).

If sufficient interest in JavaScript for Automation develops we will seriously consider adding it to Script Debugger, or possible create a JavaScript specific version of the product.

I get this error message as the result:

Is anybody else experiencing this bug too?

Are you talking about Daylite from Market Circle?

I downloaded the app, and my analysis tool works fine with it.

UI Browser has some problems with it though and can crash when trying to get certain information.

Hi ccstone, thank you for your response, how do I overcome the problem that I am facing?

how do I overcome the problem that I am facing

How could I possibly know?

If I can’t reproduce exactly what you’re doing and test – then I can’t help much.

You could join the newly formed UI Browser Users Group and provide more information about what you’re doing.

Perhaps someone in the group has used Daylite.

Are you talking about normal code-folding? Or is there something better? -Chris

In fact using BBEdit as editor folding is just around the corner... the simple tuning is to change ".txt" file name extension in ".py" in this AppleScript handler:

The conventions to encode in a compact way the hierarchy of the GUI elements are identical to that of the Python code: it is therefore enough to take full advantage of this homology by transforming the temporary text file into a pseudo Python file, by changing the extension, so that BBEdit automatically activates the folding 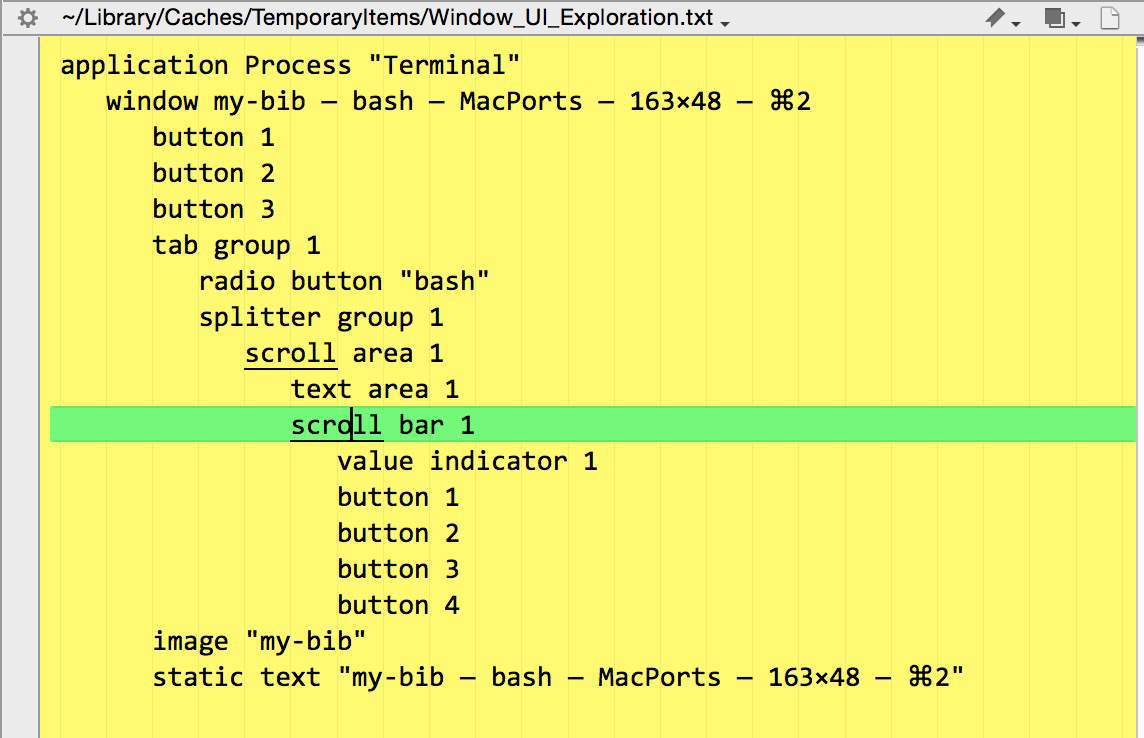 After
For example, "scroll bar 1" elements are folded: 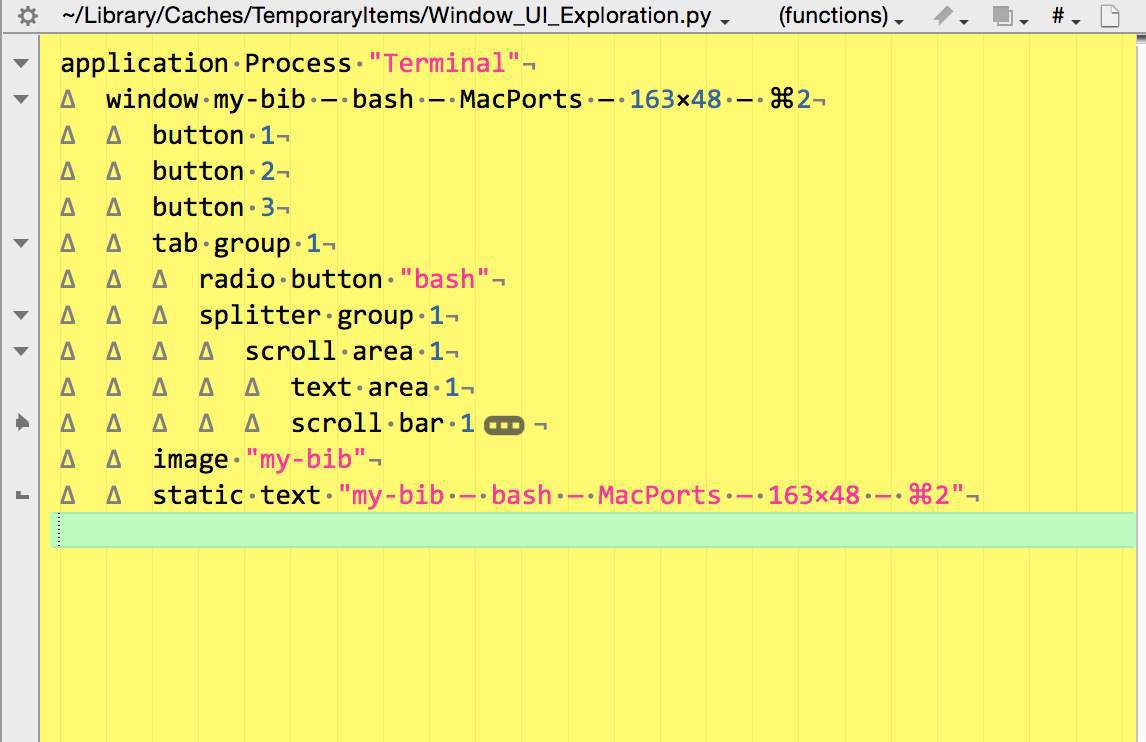 In fact using BBEdit as editor folding is just around the corner… the simple tuning is to change “.txt” file name extension in “.py” in this AppleScript handler:

Somehow I always knew that Python must be good for something.

2 posts were split to a new topic: How Do I Access Specific Window Elements?

So my question: this macro only shows a list of elements, right? That's the sole purpose or am I missing something else?

Would it be possible for the script to identify the cursor's position and based on that, either show the information for that element only (similar to UI Browser) or even if it shows the long list, maybe add some unique information next to that element that we could easily search for using the Search bar inside TextEdit?

Again, sorry for maybe some silly questions, but my knowledge when it comes to this is like -1000, but I would like to start using more AS when it comes to KM instead of using Found Image actions whenever possible.

Would it be possible for the script to identify the cursor's position and based on that, either show the information for that element only

I hope I'm not stepping on any toes. I remember posting my handler that does exactly this on this forum a couple of years ago, but to save you (and me) from finding it, here's its most recent incarnation:

The handler you being called for your purposes is infoForUIElementUnderMouse(). That handler first retrieves the mouse pointer's coordinates by calling the handler mouseCoordinates(). This is passed to the handler that does the real work, infoForUIElement, which enumerates and evaluates all properties, attributes, and actions that belong to the UI element identified as occupying the same coordinates directly under the mouse pointer.

A couple of points:

But, on the whole, it works very well for me in Monterey, and I use it regularly.