How Do You Launch the Keyboard Maestro Editor?

How do YOU launch the editor?

I've used "hyper(caps lock rebound to Cmd, Ctrl, Option, Shift, using karabiner-elements)+k" for a while now but on my M1 MBA it sometimes launches the editor and then the engine appears to crash. I've been informed by a handy notification that has come up after installing v10 that the engine hasn't actually crashed, but been quit ebecause I was holding down all modifier key when I launched the editor. This seems like a handy safeguard to allow people to quit the engine if the engine is behaving badly. My guess is that the M1 chip opens the KM editor so quickly that I'm sometimes still holding down the/hyper key by the time it launchers which then triggers this failsafe to quit the engine.

So, is there a simple workaround here? Do I need to stop using the hyper key? That's going to be difficult...

What do you all do?

I launch the Editor with a hotkey.

I have the Engine launch automatically at login.

FWIW I was using a hyper-key for a while to launch the Editor and never had any issues like you described.

How do YOU launch the editor?

Or – a Keyboard Maestro macro – depending upon where my hands are on the keyboard when I want it.

You can launch the editor with Alfred. I prefer to keep keyboard macros exclusively for functions that I use very often. This is to not clog my keyboard and get confused.

I have a similar string for KM's log and I am planning to build one to launch and stop KM engine. Alfred has been always very reliable for me, so I feel confident in assigning these functions to it.

If you are interested, you can even launch macros with Alfred. You can build a workflow that triggers them by UID with Apple Script. 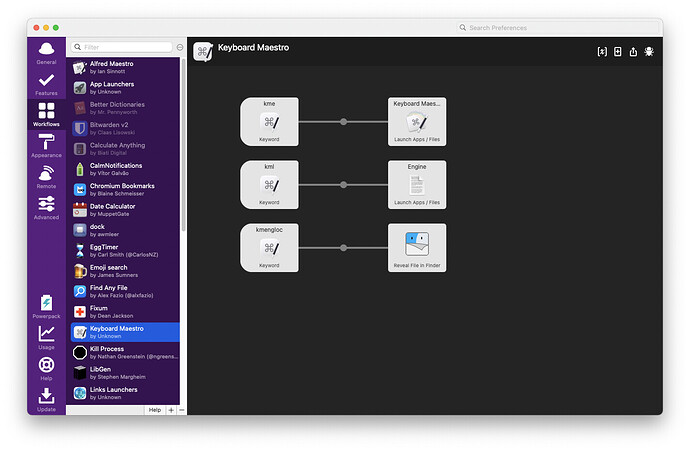 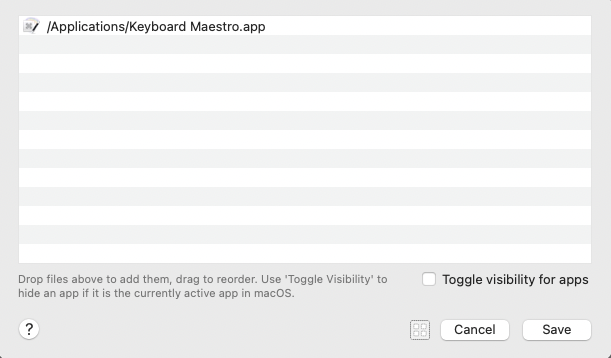 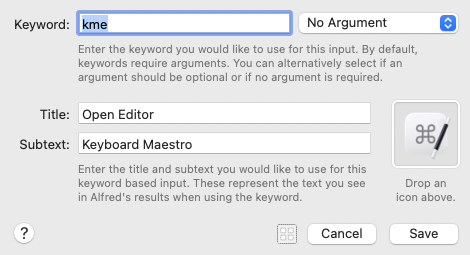 I agree those are all good options (which I use intermittently). Thanks for recommending them - I’m sure others will find it useful. I’ve used CCStone’s recommendation as it allows me to retain the muscle memory for hyper (caps) + K that I developed before ever discovering Alfred.

I launch the KM Editor by clicking on the Siri button and saying, using my voice, "Launch Keyboard Maestro."

A post was split to a new topic: LaunchBar vs Alfred – Discussion