Simply hit Ctrl-Alt-Del (Ctrl-Alt-Fn-Backspace on Mac Laptop keyboards) and you'll get prompted to type an application name, once selected, you'll be promoted for a Unix "renice" value.

I find this significantly faster than the alternative of doing this via multiple steps in the command line.

I'm very much open to constructive feedback on this. It's my first contributed Keyboard Maestro Macro. 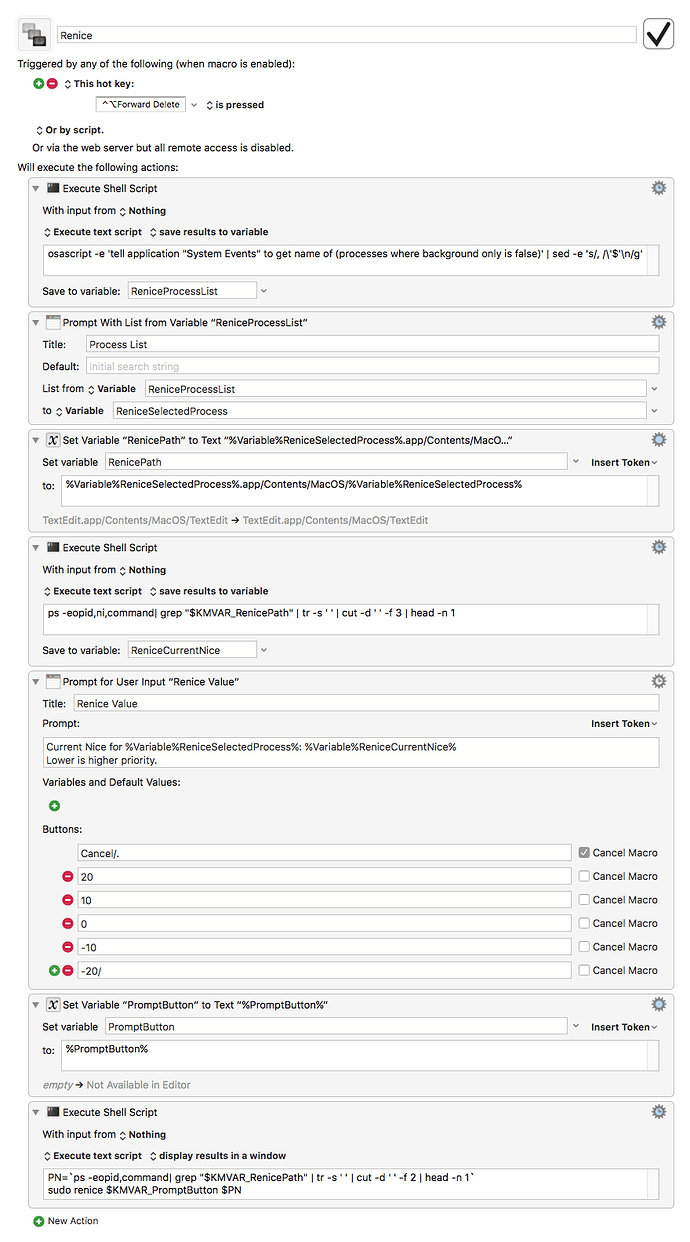