Maybe someone would like the powerpoint slides to control the OBS scenes? One possible solution

I was always annoyed that when recording video for online courses - with multiple cameras - I spent almost twice the time editing the video.

I was looking for PowerPoint or Keynote to control the scenes (front camera, left camera, right camera, top camera, back camera, screen recording, presentations) in OBS.

By chance I came across the ingenious program by Scott Henselman and compiled it for a Windows computer. The output of the video image was then via HDMI from the Windows to the Mac computer.

The basic idea was that I wanted to draw on the tablet and these drawings simply allow a higher attention.

But I wanted to get away from Windows. The question was how to do it on the Mac.

I use the following scenario:

I use Touchportal or the small Streamdeck to switch to the next slide, only a Keyboard Maestro script has to be called. Since I set up the iPad at an angle for drawing, the small streamdeck cannot be seen via the front camera.

Here is a small video and the script, please keep in mind, I am not a programmer and C I had at university 30 years ago.... 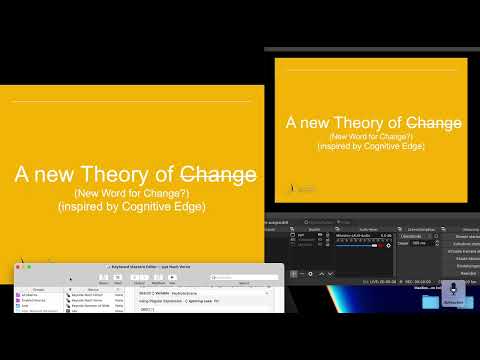 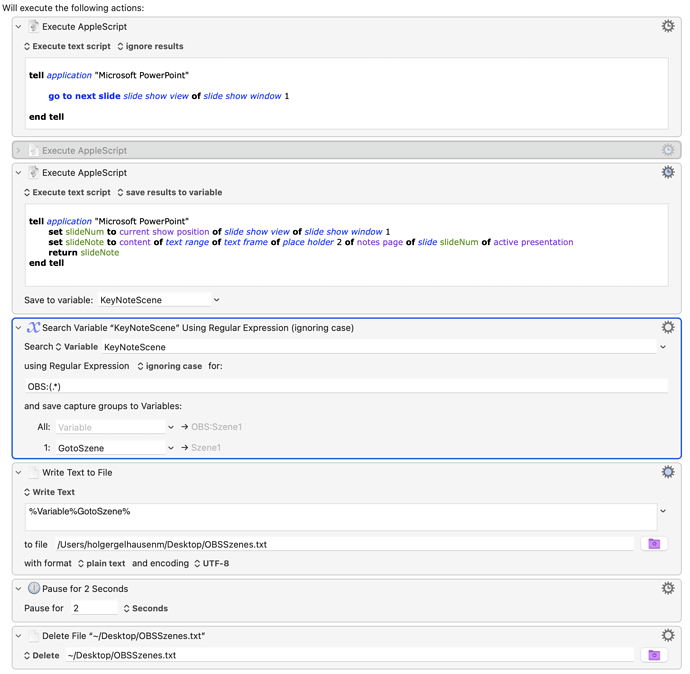