I want to move several hundred files from one hard drive to another while adding a new sub-directory. For example I have the file '3 Days to Kill (2014).avi' currently located in the directory Movies on a drive named Movies 1... ergo

I want it moved to:

My attempts have failed and I need some advice. Here is my latest macro:

Although I have tried several iterations, nothing seems to work.

Another situation to know about is that some files have the same name with differing extensions. For example I may have:

Both files should end up in the same sub-directory.

I would appreciate some help and advice.

For your first issue, since that directory no doubt doesn’t exist on your target drive, you need to have an action to create it first. Set it up like this and if there's no directory (which there probably won't be) then it will create one using the file's name supplied by your variable FileName. Then put the move action after the If action, but not in it.

For your second issue, once the directory has been created, any other files with the same name would be put in the same directory since they're supplying the same FileName variable.

Thanx, that helps, however I still have problems. Now the directories are being created, but the files are not getting moved. I have also tried the following: 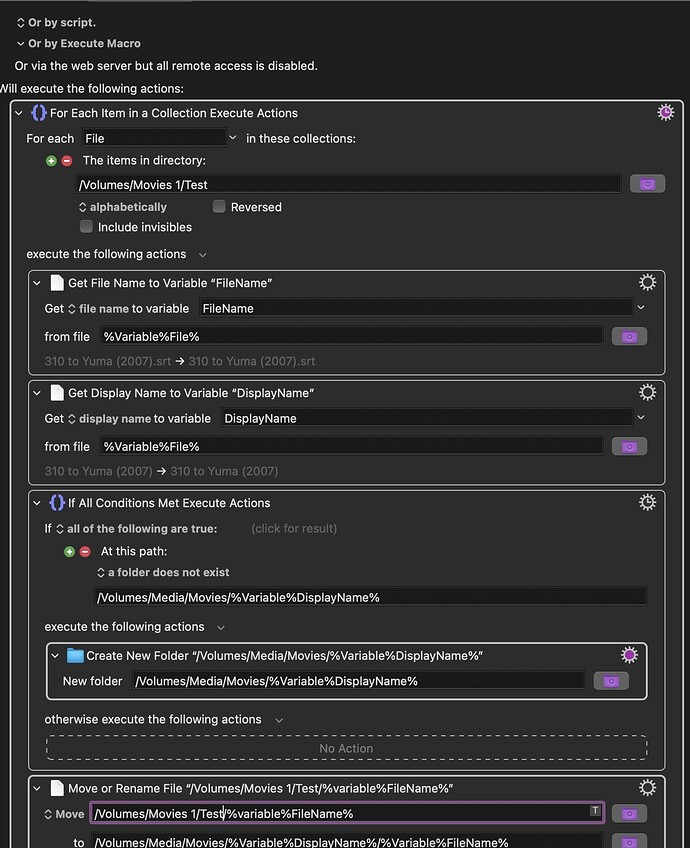 Sorry it was cut off, below is the ending of the macro. I don't understand why it would be necessary to perform anything pertaining to the extension because my Display Text clearly shows that the FileName variable includes the extension. Here is a screenshot of an example Display Text: 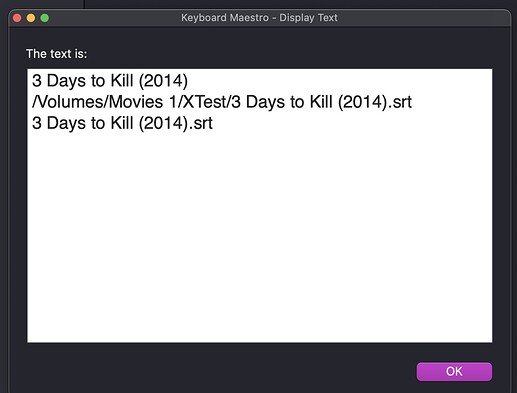 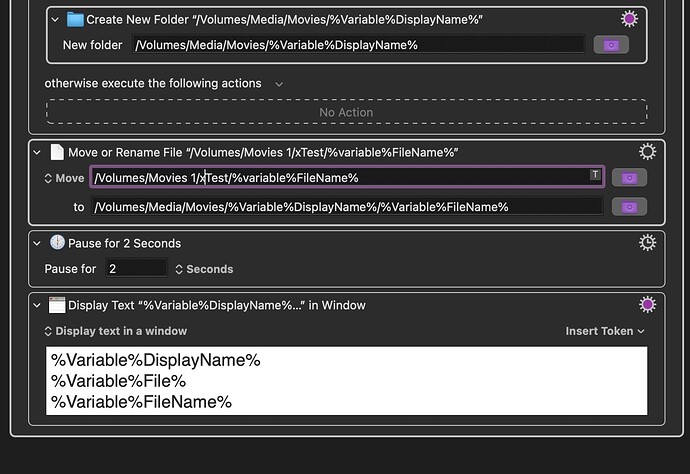 Unless you're renaming a moved item, you don't need the item name in the destination path:

When asking for help with macros please post actual, testable macros and not just pictures.

You'll get better and more accurate help when people can actually test your work without having to reinvent the wheel.

You had incorrect case in this action:

Point to note for future reference:

You should be aware that Keyboard Maestro won't make intermediate directories if they don't exist.

So your Movies folder must already exist in order for you to create a new folder in it and then move the movie file.

@Paxapunch looks like Chris (@ccstone) got you up and running!

@ccstone nice catch on the lowercase v in variable, I missed that completely!

-the other, not near as smart Chris

Yes, thanx… I am now a happy camper!