Open a Safari Bookmarks Sub-Folder on Day of the Week Variable?

First off, I'm new to this and have no clue what I'm doing... at all.
I'm trying to create a morning routine macro where I can do a simple trigger to open, move and resize applications for a morning workflow set up on the desktop. It's almost perfect but I have two small roadblocks to overcome.

I know Keyboard Maestro has DOW tokens but I'm lost on how to put them into use here.
Here is what I have so far. 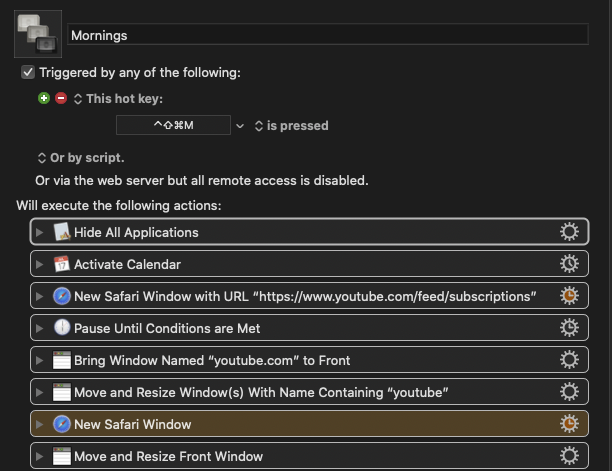 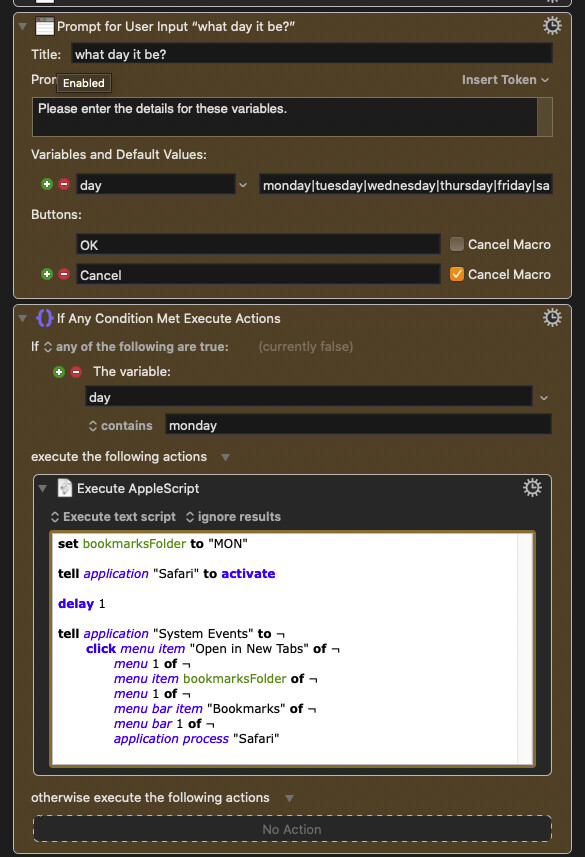 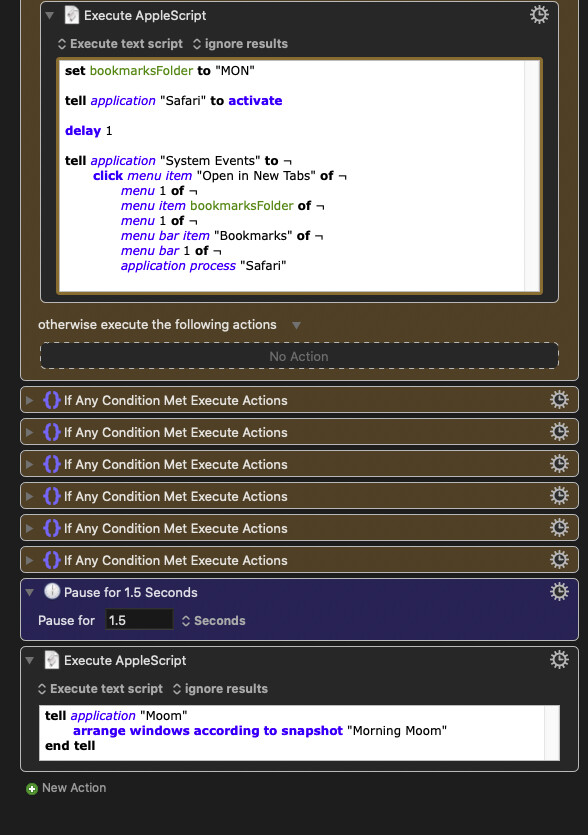 Great news! I was able to figure out how to get it to source the day of the week without user input! I was confused on how this worked and to be honest I am still, but it seems to be working.

I also got rid of the move resize window and pause commands. These were in the macro because Moom was having difficulty placing the two safari windows in the correct place every time so I was attempting to help it along, but ultimately that failed so I switched one window to Chrome (which is better, as it gives YouTube the ability to cast if I want) and now Moom operates as expected. 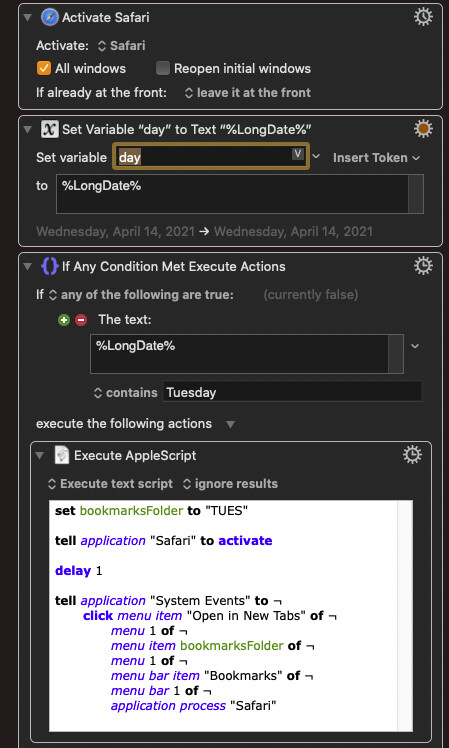 still looking for the ability to script the open in tabs from a subfolder.

I think you must have guessed it by now, but you can reference tabs by their name, ie:

I don't follow... I'm sure I'm trying to make this more complicated than it is.

Here is what I did. it works but seems like it has a lot more words in it than it should need. but I don't understand the language, I'm just a monkey pounding on a keyboard at this point. Trying tho. 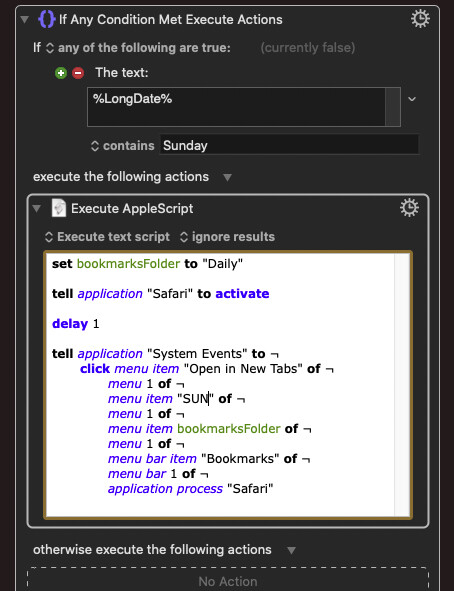 Hey I don't know about the day of the week thing, but couldnt you use the "select menu item" action for the second part?