Why can’t I quit Dropbox with “Quit a specific application” action?

I have several macros with an action "Quit Dropbox" (Quit a specific application). This does however not happen anymore (with Dropbox version 93.4.273 on macOS 10.14). Has anybody the same issues? Is there some Dropbox helper application I should end instead? 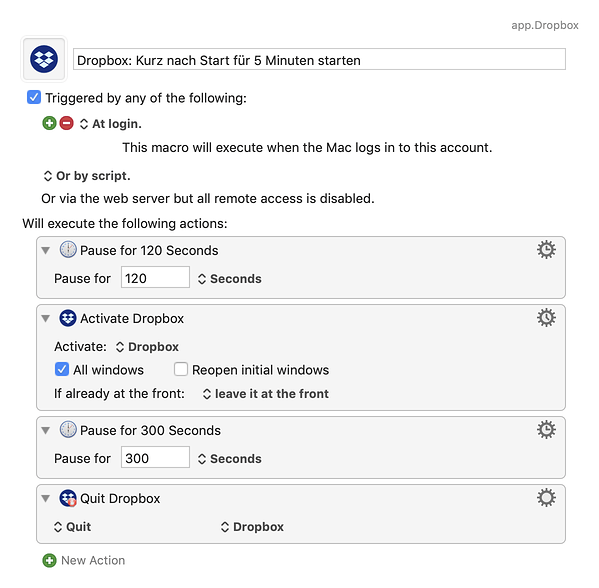 I think @peternlewis would have to chime in for sure, but I think Dropbox is actively making it harder to quit it via automation.

Given Dropbox's history of doing slimy and disrespectful things, this seems easy to believe.

And it's not just Keyboard Maestro.

For example, this should work to quit Dropbox:

but instead it gives this error:

I can assure you that the user did not cancel.

There is another option you can use. It's not as kind as an official quit, but if Dropbox is going to play dirty, well, then you have no choice but to use a bigger weapon.

Here is a macro that will use the Unix tool pkill to force Dropbox to quit:

At its core, all it is doing is running a shell script:

which you can use in place of Keyboard Maestro's "Quit Dropbox" action. The rest is just notifications.

Here is the full macro: 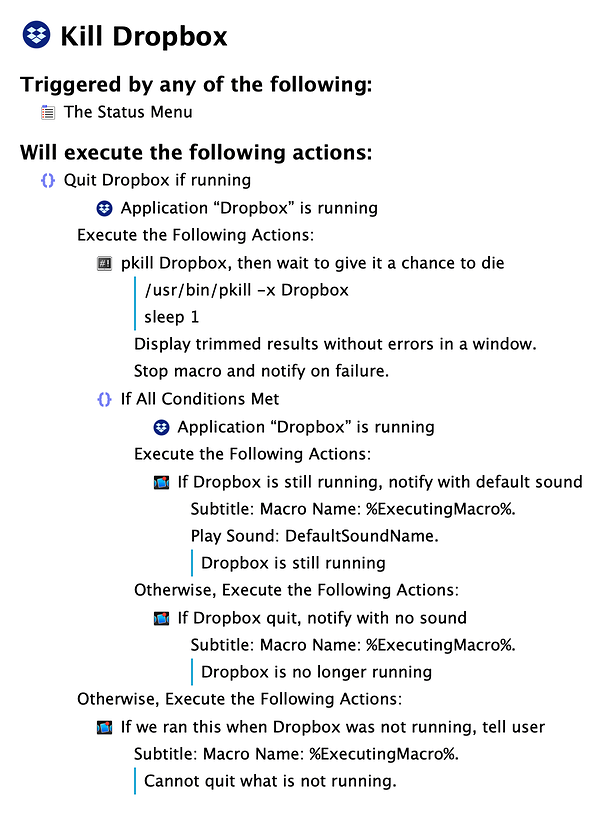 Works for me, thank you very much!

There is a Force Quit variant to the Quit Application. You could try that.

All the normal caveats for force quitting an application would apply, doubly for an app that is syncing like Dropbox. But presumably pkill would be the same.

This works too. I wasn't aware of this option. So much hidden in Keyboard Maestro