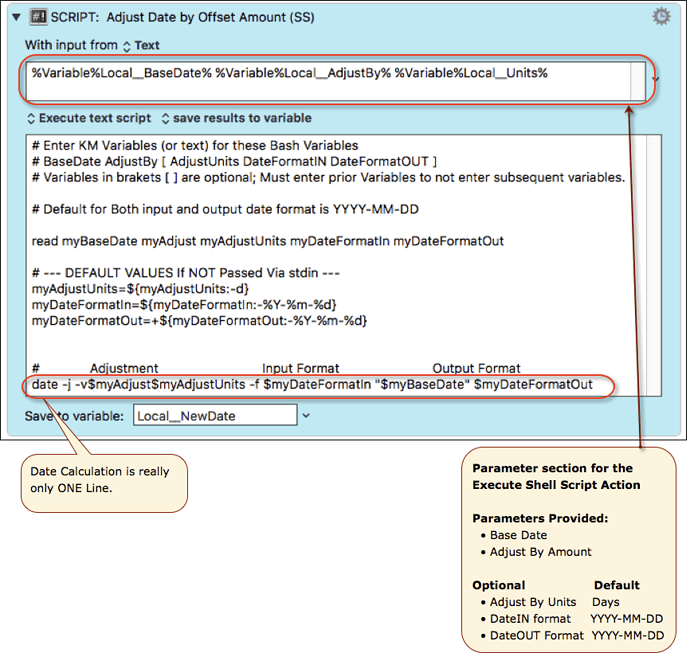 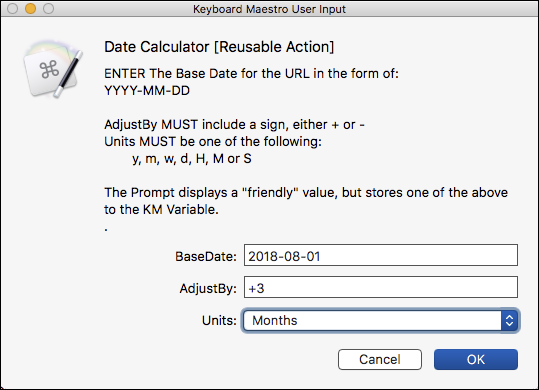 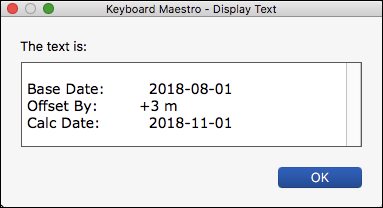 Date Calculator [Reusable Action].kmmacros (12 KB)
Note: This Macro was uploaded in a DISABLED state. You must enable before it can be triggered.

As always, please feel free to post any questions, issues, and/or suggestions you may have about this macro.

As a Reusable Action 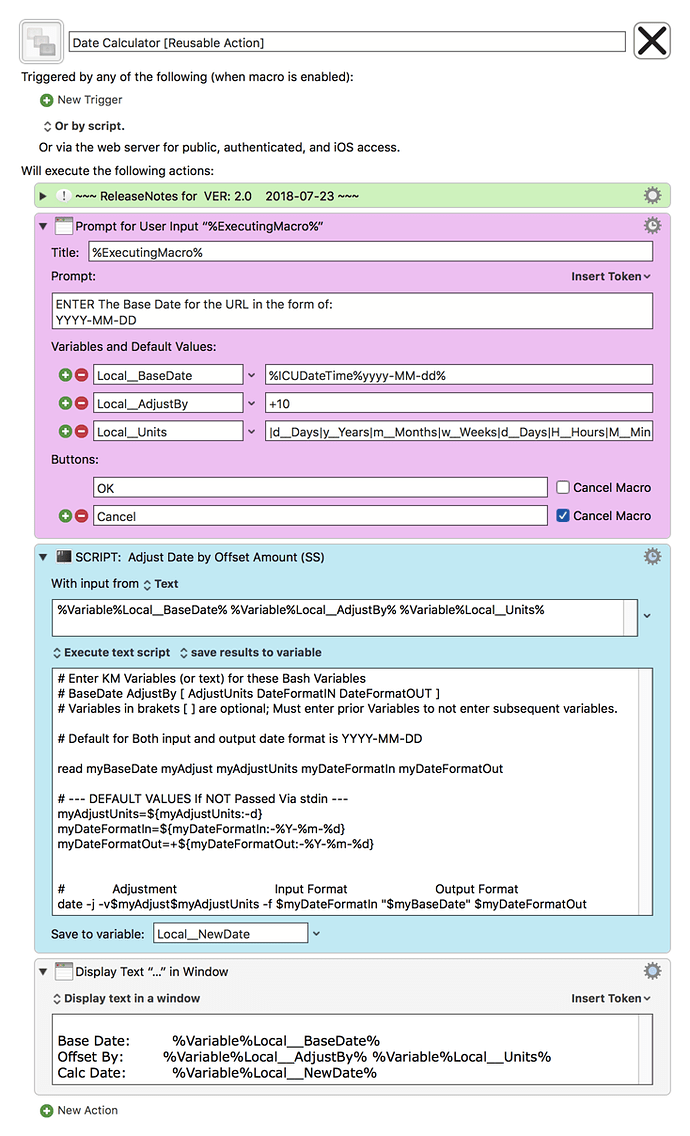 Thanks! That's super helpful and exactly what I was looking for.
However, I would like to make a small adjustment and haven't figured out how.

It is easy to do once you know how, but a bit tricky in the setup. In order to include a space in the format, the format string must be in quotes.

Use this script for the shell script:

The key change is this line:

For the complete list of formatting codes, see
How To Format Date For Display or Use In a Shell Script

Thanks, that's great news. Thanks a lot!

This macro is fantastic - it goes a long way to meeting a need I've had. But I can't figure this out --

What's the best way to get new dates around the target date?

For example, I'm trying to output a text string that looks something like this:

This serves as a breadcrumb line at the bottom of text files, with wiki-links to the next and previous days

The formatting isn't an issue, and I can parse out the day, month, year, etc. I just can't figure out how to create a new date based on the %Local__AdjustBy% variable, or the %Local__NewDate% result.

I tried to adjust the value of %Local__AdjustBy% later in the macro by adding one and subtracting one, but it won't work. The macro always fails; I set the calculation of a new variable to Local__AdjustBy + 1, for example, and nothing happens.

Maybe it would be better to add and subtract in the script instead.

The end result I think I need is something like:

That way there is only one target date, and multiple other dates can be created off of that. I've spent hours and can't figure it out.

Again, just to clarify -- what's the best way to get some dates around a static target date?

Again, just to clarify -- what's the best way to get some dates around a static target date?

For example, I'm trying to output a text string that looks something like this:

I don't know if it is the best way, but here's a pretty good way:

Below is just an example written in response to your request. You will need to use as an example and/or change to meet your workflow automation needs.

Please let us know if it meets your needs.

MACRO:   Use Date Calculator to Get Multilpe Dates [Example]

Use Date Calculator to Get Multilpe Dates [Example].kmmacros
Note: This Macro was uploaded in a DISABLED state. You must enable before it can be triggered.

As a Reusable Action 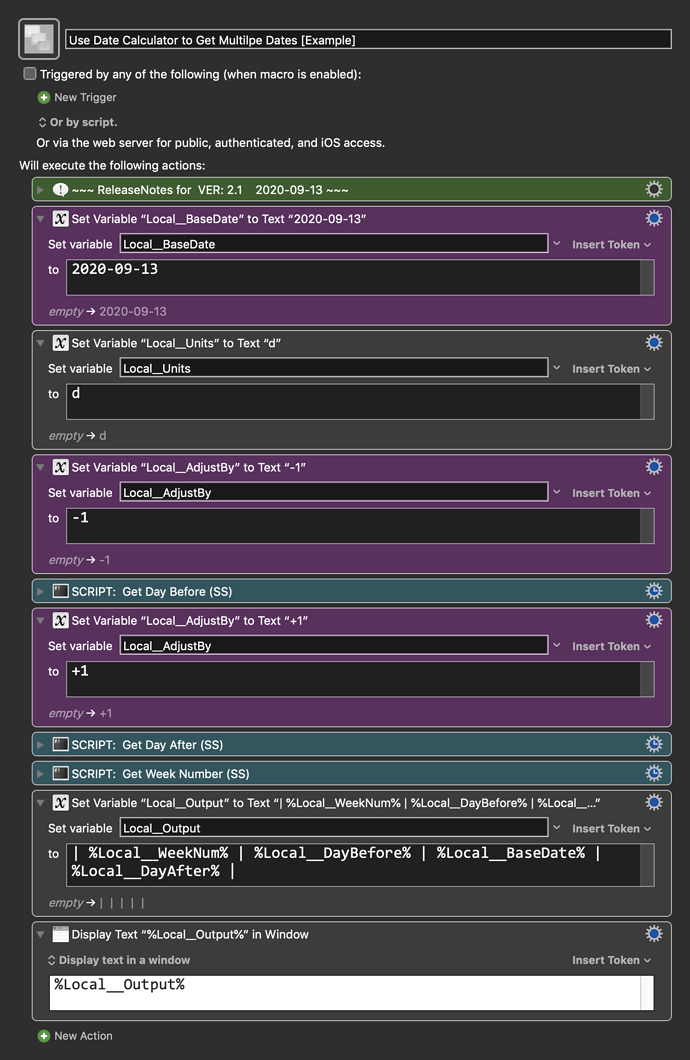 This is great, thank you so much @JMichaelTX . I get the wrong week number for some reason, and I've seen the fix on the forum before, though I can't recall what's causing the problem.

The output says 09-14-2020 is in week 37, but Fantastical says it's week 38. Not sure which is correct. Do I need to account for time zone (US CDT), or because I have my weeks starting on Sunday instead of Monday, like some calendars? This site seems to confirm my calendar. Also did some digging here but not sure the "YYYY" vs "yyyy" vs "y" issue is relevant.